Why not start 2018 off strong with some exercise? Research shows that exercising can greatly improve your well-being. In order to make the most of everyone's spare time, activate the team atmosphere, motivate your colleagues to be more active, and promote communication between colleagues. 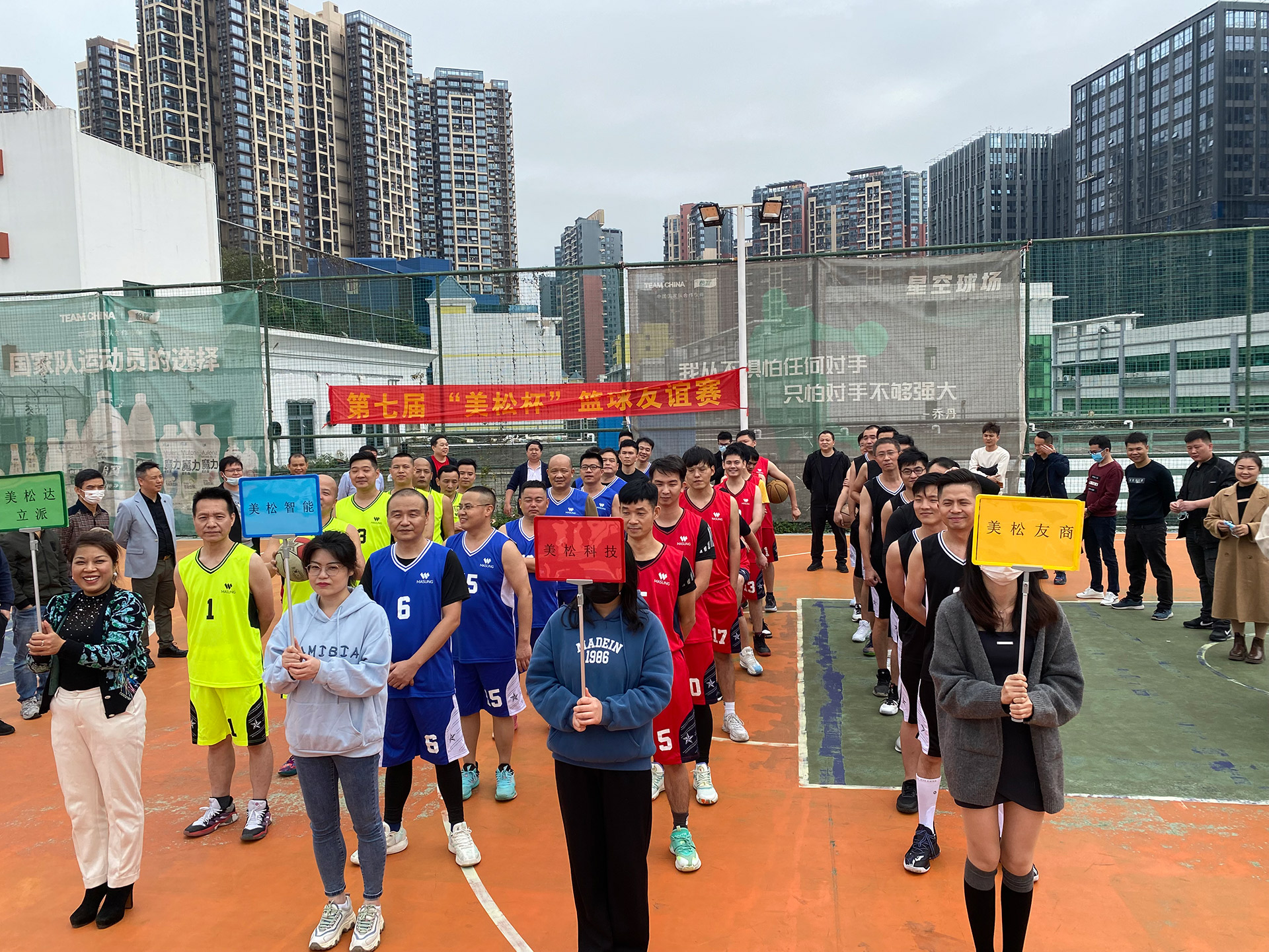 The 7th Annual Masung Cup began on January 18th, hosted by Liao Wei, CEO of Masung Technology. Four teams made up of athletes from Masung Technology, Masung Intelligent, MAXOUND & Lipai, Masung Caravan came together to represent their divisions in the game. Seen at 14:00 in the afternoon on January 18th, following Mr. Liao Wei's opening speech about the 7th Annual Masung Cup Basketball Games, Mr. Zhong Wen (representing Meisongyou Caravan Team) took an oath before entering into the field with his team to play against four other teams:

Innovation and independence, the sun is rising.

I hope that Masung people will carry forward the tradition of always being high, faster, and stronger and take their talents to the next level.

On the field, the players dedicated themselves and went all out, and off the field, the cheerleaders cheered for them! During the game, the referee judged with impartiality, seriousness and tried his best to judge each ball ensuring fairness. The players and spectators took into account other factors like how things were going overall before doing anything. They obeyed the referees, played their best in a competitive but fair manner, and demonstrated what it means to be an excellent example of a Masung person. 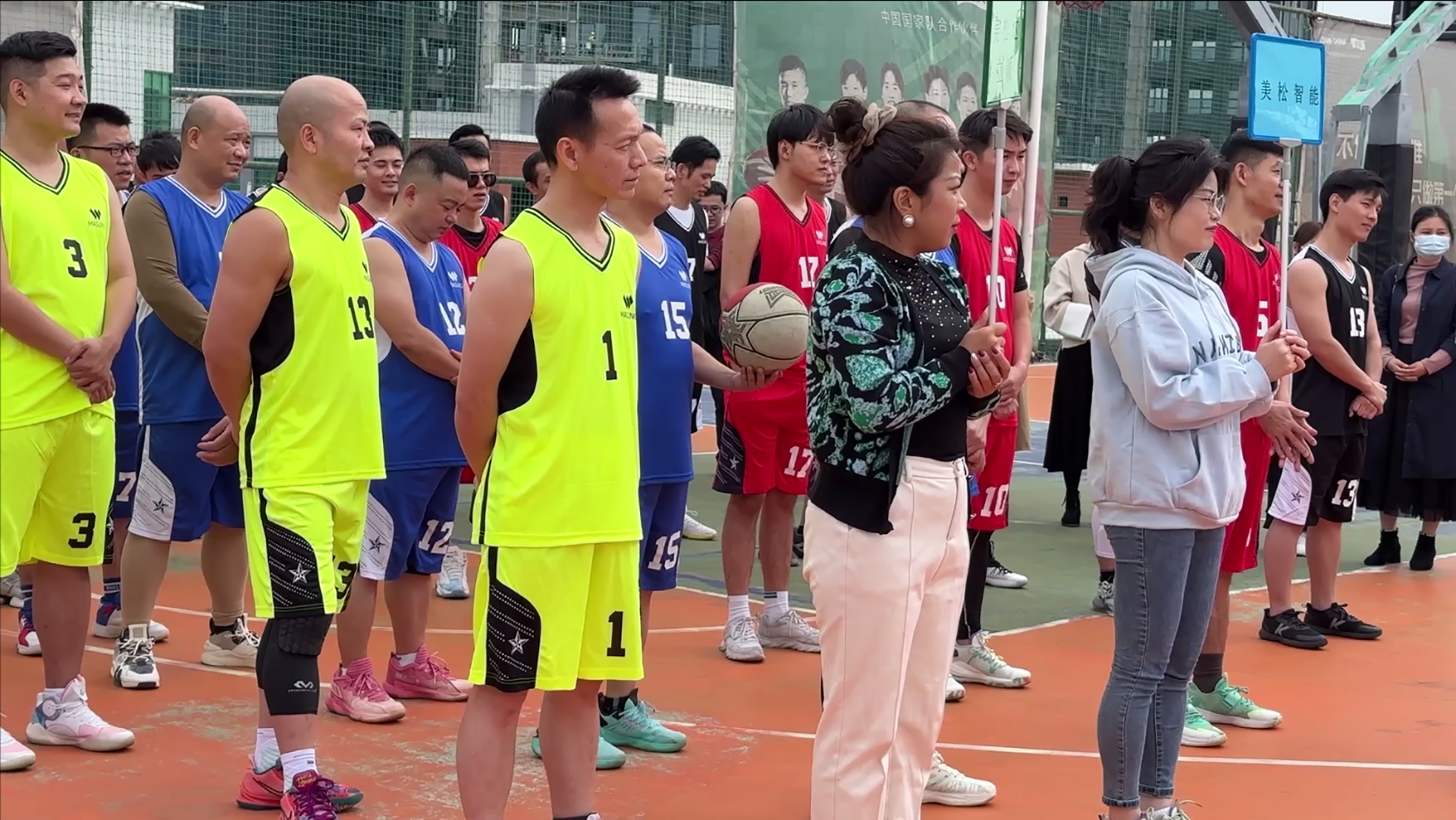 All the athletes on the field fought hard and showed a great spirit, and both teams showed the unique unity and never-give-up spirit of Masung people. There was a particularly wonderful game for everyone! The competitive spirit between the Masung Technology Team and the Masung Caravan Team has risen, each team showing a real posture. The competition is also very fierce, and the scores rose alternatively. In the end, the Masung Technology Team won slightly by 3 points. We congratulate third place Friends Caravan team! Although they were defeated, their never-give-up spirit infected everyone on site.The Masung Intelligent Team won the Shenzhen area competition after beating MAXOUND and Lipai, who competed for 4 hours. As their slogan suggests, the team had a spirit of "Masung Intelligent, Omnipotent."

After a match of fierce competition, the Masung Intelligent Team, embodying its slogan "MASUNG Intelligent - Omnipotent," defeated the MAXOUND & LIPAI team and won the championship in Shenzhen.

Masung Corporation believes in the value of cooperation and honest competition. At Masung, "friendship first, competition second" is not just a slogan - it's a way of life. Our sports competitions do not just provide fun and camaraderie, they also give our employees the opportunity to show their skills and mature emotionally. This spirit of friendship carries over into work and helps Masung feel more like a family than merely a workplace. With this attitude, we're pleased to empower people from all walks of life with opportunities for development and growth.